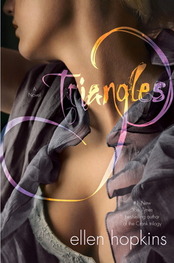 Start Date: November 20th
End Date: November 28th
STARS: 5!
GENRE: Adult Realistic, Adult Romance (seriously!), Adult Contemporary
REVIEW: When marriage, sex and life cross in new ways, everything is affected. Each angle must compensate the change of one another. Holly, Andrea, and Marissa's lives do just that.
Holly, an overweight stay-at-home mom isn't satisfied with her life, so she sheds the extra sixty pounds, and dives into the club scene, but will her "research" for her new found love of erotica writing harm her family?
Andrea, a friend to Holly and a recent divorcée, watches Holly throw her stable love life away, something Andrea wished for in her marriage. So what if she picks up the pieces of Holly's marriage?
Marissa, a caregiver to her dying 4-year-old with Spinal Muscular Atrophy, and a mother to her recently outed gay son of 16. But as her daughter deteriorates and her husband's drinking grows and as her son retracts from the family, a discovery will shatter Marissa's already-damaged world.
As 3 different worlds collide in new ways, the lines of life are changed forever, but what will the end hold for them all?

As anyone knows, I am a HUGE fan of Ellen Hopkins. So I was surprised to see, next to my holds shelf in the library, someone had this book! I was so afraid of a huge wait list, so I zoomed over to place a hold- and there were none. My jaw hit the keyboard at that. No holds for a Hopkins book? My lucky day. I picked up the book a few days later.

I wasn't too sure what to expect from Triangles, and the cover made me suspicious. That suspicion was right. Hopkins has dived into a new genre, but created it with finesse and her usual fabulous writing. In this book, Hopkins doesn't hold back from the reality of adult lives, as she gets intimate with characters and the reality of life in Nevada. I was surprised at the difference from her usual writing genre, but that's why its in the Adult Fiction part of the library. Despite the difference, you still come to love the characters as they face heartbreak and pain. I fell in love with Marissa. A dying daughter who can barely speak, a husband who just isn't close to you anymore, and to top it off with a gay son who does pot and just got a boyfriend! Her whole world was in that house, and the city was the universe. I loved Holly for her promiscuity and her frustrating daughter who's in "love". I wish we heard more about the daughter, Mikayla. I will admit, a lot of names were flying around and i couldn't remember which family they belonged to. Kind of like Tricks all over again. Recommended for 21+ because of the mature content, or any Hopkins fan if they can handle this steamy book.

The Magnolia League by Katie Crouch 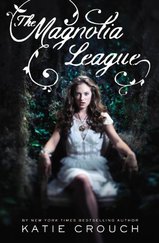 Start Date: November 5th
End Date: November 9th
STARS: 4 1/2
GENRE: YA Paranormal, YA Realistic, YA Romance
REVIEW: Alex is, or was, a normal Californian girl. Well, as normal as you can get living on a communal pot farm. She lives with her mom, who knows everything about plants and teaches Alex too. Until one day, her mom had left to go to a store, and never returned. She had died in a car accident, leaving Alex behind. Now, her grandmother, who is to be called Ms. Lee, wants custody of her and to take her to Georgia and form her to be the next great Magnolia Girl in the Southern society of debutantes, The Magnolia League. Too bad Alex isn't into fancy clothes and cars, and looking pretty. But as Alex gets more into the League, is the league what it appears to be, or is something brewing among the Society?  After all, every Society has its secrets...

I really enjoyed this book. I haven't read one like it, with a rich Southern culture integrated into it. It did keep reminding me of that show, Hart of Dixie, which I don't really like. Despite that, I enjoyed listening to how the Society works, the, ahem... *SPOILER ALERT!*, spells they use and how they work, and how they can just blow money around! It also really urked me how there was a HUGE cliffhanger! The author has really written a great book. It could use a little trimming but not as much as other horrid books I've read. I felt it went on a little too long and i got lost as to which grandmother or mother had which granddaughter or daughter, and the persona of the elders of the group got confusing to me. But that wasn't a crucial part to figure out. Recommended for Southern culture lovers, and those into clique-type books.

Thank You Notes by Jimmy Fallon 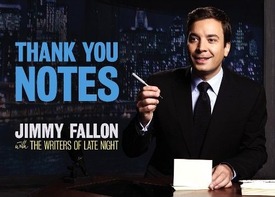 Start Date: November 5th
End Date: November 5th
STARS: 4
GENRE: Adult Humor, Adult Non-Fiction
REVIEW: Thank You...
Jimmy Fallon, for creating a book that wasn't as funny to me because of my age, but still had good key points. I see you, man in front of me in a revolving door that is making me do all the work, or you, boy with large headphones letting one rip. Yes, you can't hear it but the people in Europe can! Anyway, maybe when I'm older, I will die laughing with this book.
In this book, Jimmy Fallon publishes notes from his hilarious sketch on his Late Night show on Fridays, the Thank You Notes. From annoying people, to stupid items, everything in our daily lives is up for grabs in his book. I enjoyed some parts of his books, but others went over my head, because it was for adults. While I love his sketch, nothing can compare to that cheezy Thank-You-Note writing music and Fallon trying to not crack up. Recommended for Fallon lovers and those who need a good laugh.

The Chaos by Rachel Ward 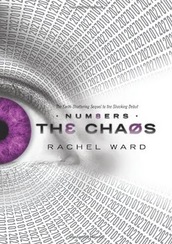 Start Date: November 4th
End Date: November 4th
STARS: 4
GENRE: YA Sci-Fi, YA Dystopian, YA Paranormal
REVIEW: In the sequel to Numbers, we follow Adam, Jem's child, now about 15 in a Dystopian London of 2026. He inherited his mother's gift to see how people will die and when. After evacuating his coastal town to go live in London, he notices how so many people have the same death date; 01012027, and its not far off. Everyone's death seems to involve fire, or being crushed, or drowning. And then there's Sarah, a girl with the same nightmare every night. She sees a disfigured monster walking through a fire to take a baby away that she's holding, and she sees the numbers 01012027, too. Somehow, Adam and Sarah know what's going to happen on that date, and as their futures intertwine, will they be able to save anyone from their date? 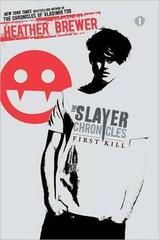 Start Date: November 1st
End Date: November 3rd
STARS: 5!
GENRE: YA Paranormal, YA Urban Fantasy, YA Adventure
REVIEW: In First Kill, an almost companion series to The Chronicles Of Vladimir Tod, we get to learn how Joss came to be a vampire hunter (Book 3, 10th Grade Bleeds is where we met Joss). In the beginning, Joss is about 10 and loves his little sister to death. He's a bug collector, and his home is perfect. School isn't as great though, as everyone ignores him because of his unnatural abilities at athletics. But one night, Joss awakens to hear Cecile, his sister, crying. He thinks she had another of her nightmares. As Joss goes over to Cecile's room to comfort her, her crying stops. Joss opens the door to a horrible sight. Cecile and her blood running from her neck to her pink ballerina sheets, as a vampire is holding her and drinking. The funeral day comes and nothing will ever be ok with his family again. His parents can't stand to look at him and Joss blames himself for Cecile's death. Then, a promise to his uncle comes through. His uncle collects Joss for the summer so he may start training to become a Slayer. His training is brutal, but after just 1 night of training, a Slayer turns up dead and Joss looks guilty. Are other Slayers in danger?  Can Joss complete his training, or be excommunicated by the Slayer Society?

I was amazed at how much I loved this book! Everything was right with it! I was worried that I'd have to finish the Vlad Tod series before I could read it, but no. You don't have to read any of the books! The writing was enchanting and I couldn't believe to see how much I read whenever I stopped! The plot is amazing and its interesting to hear about Joss's training. If there was anything wrong with this book, is describing the setting. I got lost as to which house Joss was in at the moment and how the landscape looked, which was kind of important. Despite that, the book was spellbinding! I'm excited for book 2!!!
Recommended for the Minions of Brewer, and those against vampires!

The Bringer by Samantha Towle 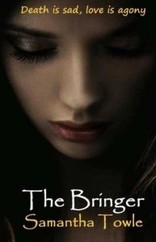 Start Date: October 29th
End Date: November 1st
STARS: 4 1/2
GENRE: YA Fantasy, YA Paranormal, YA Romance
REVIEW: The Bringer is the story of Lucyna, a spirit meant to bring souls trying to cross over to Heaven. Her life as a Bringer is all she has ever known, but with one of her Brings, she makes a promise, which is something Bringers can't do, to watch the Bring's son. At her first glimpse of the son, named James, she is overcome with a veil of light for some unknown reason. For weeks she keeps a watch on him and tries to understand what this veil is, until she is called to Bring him. She goes to the place where he is supposed to die at, but she saves him. Now, she's taken residence with him in his home and a deep romance is kindled, but is this paranormal love meant to be?

I fell in love with this book! I couldn't put it down, and the hard times I could, I would be stuck on what might happen to Lucyna or James or their love, or I would just pick up my Kindle again to read. Now, this is a 5-star worthy book, but the editor or publisher or someone did a poor job of edits. They're only noticeable if you are a known picky grammar person. Otherwise, they'd slip past you. The author also used some odd English terms that I didn't know and that is why I'm not a fan of foreign books or books placed in foreign countries, but that's not the big reason for the 1/2-star dock. The story had a real deep plot and such well thought out characters. I usually hold low expectations for e-books as editing is skimpy, but this was an amazing book! I hope a short sequel could come out as to find out what happened to Arlo, Lucyna, Arran, and James! Recommended for Paranormal Romance lovers, and those looking for a good e-book.