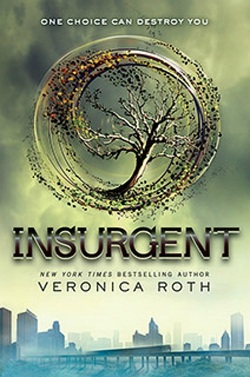 Start Date: June 1st
End Date: June 7th
PUBLICATION: May 1st 2012
STARS: 4
GENRE: YA Dystopian, YA Romance, YA Adventure
SYNOPSIS: In the sequel to the amazing Divergent series, war has begun between Erudite, the intelligent, and the rest of the Factions. The Abnegation faction, the self-less, is all but gone after the brain-washed Dauntless, the brave, attack and kill the Abnegation to a fraction of what they were. Now the Dauntless allegiance is split, where half now follow the rule of Erudite, and the rest still believing in Dauntless.

Dealing with the death of her parents, Tris follows the loyal Dauntless with Four as their lives begin to crumble. Can Tris help stop the Erudite before Jeanine, the Erudite leader, has her way, or lose Four trying?

REVIEW: *weeps in disappointment* Its always the second book an author writes that trips them up!

I was so excited when the book came out, after having to wait a long, torturous year! Now.... Not so sure.

First big issue that delayed me forever: NO RECAP!!!! I read the first one, Divergent, a year ago and forgot just about everything, so when the book opened with 3 names I don't remember, I was mad and confused! Who's Tobias and Caleb? Who's Christine and Lynn? After a few days of book review blog surfing, I found all that I needed to know. Tobias = Four!!! Caleb is Tris's brother!!! Tris killed who? Where? WHAT??? To spare you this, here's a website that tells ALL of Divergent *Spoiler Warning*.

Next! The dreaded words I hate! LOVE TRIANGLE!!!
But not a typical one! Here's how it goes; One point is "Tris", the next is "Four", and the last is "Anything Tris Wants To Do". Not a typical love triangle, but it goes back and forth as much as a normal one does. Four is so possessive in this book that I hate it! Tris was strong on her own and now Four is just dragging her down, being worried about Tris hurting herself. I liked "Concerned Four" for a few chapters, then it just started annoying me! It killed the action in the book!

If there's something to love about the book, its the last 1/3rd of the book. I can't say much without giving it away, but that had me on the edge of my seat, dying for more!!! I just wish the rest of the book was like that.

I'd recommend it for those who love the series only because the last 1/3rd and the cliffhanger ending will make you be okay with Insurgent and give it the rating I did. 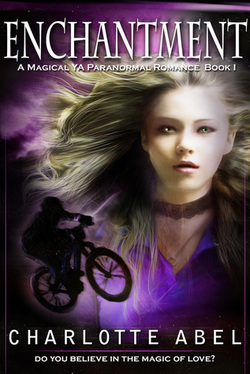 Start Date: July 1st
End Date: July 2nd
PUBLICATION: June 17th 2011
STARS: 5!
GENRE: YA Paranormal, YA Romance, YA Realistic
SYNOPSIS: "How many times could her heart break before it shattered?"

Channie, a 16-year-old mage in a traditional Southern family, thought her bare-necessity life was perfect. Her family, while dysfunctional, is all she thought she needed as she trained to be a powerful mage, until a blood oath is sworn on her family after her Daddy makes a mistake. Her family must flee Arkansas and leave behind all that Enchantment knows- to Louisville, Colorado, where Channie will change more than she likes.

When her parents decide Channie's power-name, Enchantment, which is the source of all her power, is too seductive on the magically disabled people, or Empties, of Louisville, they tamper with a dark magic spell, placing the curse of Chastity on Channie. However, she meets Josh, an Empty, and begins to fall head-over-heels for him, but how can she love an Empty if Chastity's Curse stops them? Can Channie destroy the curse and love Josh before the blood oath is fufilled?

REVIEW: WHY??? WHY DID IT HAVE TO END??? (Just the book, not the awesomeness)

After having the author ask me to review her ebook, i got into my ebook mode, meaning I lowered my usual expectations of a well-edited, well-published books, to be fair to the one-man-band (usually).

I was so wrong.

Straight off the bat, I was hooked! The storyline just kept throwing punches and kept my attention. I saw that it would be a long book at first and I was worried, but oh I was so glad!

The book was very sensual in romance, but never much past that. I enjoy books that keep teen relationships mature (they're not all sex-crazed!). Some may argue that the book was less realistic since Channie and Josh's relationship really wasn't like the stereotypical relationship, and I could agree, but I happen to like a little mushy romance and this was perfect.

Now, I have never been a fan of books that incorporate a Southern accent into the writing. Take the classic book, Shiloh by Phyllis Reynolds Naylor. I couldn't stand the "grammar" in that book and was done in an instant, but in Enchantment, I was okay with it. I'm not saying it was written like Shiloh, not at all! The "Momma" and "Daddy" had me a little grumpy, but Abel turned it into a joke in the book and It was great!

My only 2 concerns were this: the pace of time and Channie's hair-length. I never had much of a sense of a regular time flow forward, and I was never sure about how long Channie's hair was! The usual picky me would knock this down a 1/2 star, but I'm giving this the benefit of the doubt. It was probably clarified in the book, but I was too enchanted (HA!) with the book and just devoured it too quickly to get tie fine details, which happens!

All in all, an amazing book that should not be judged because it is an ebook. Recommended for EVERY YA fan! 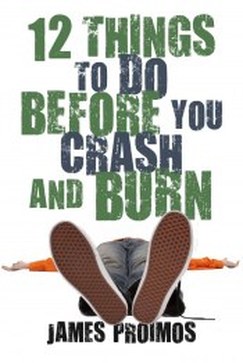 Start Date: March 25th
End Date: March 25th
PUBLICATION: November 8th 2011
STARS: 4 1/2
GENRE:YA Contemporary, YA Realistic Fiction, YA Coming-Of-Age
SYNOPSIS: James “Hercules” Martino has had enough trouble in his family life. His dad is a Best-Selling Self-Help author, who expects a perfect son. But when his dad dies, Hercules gets a second chance.

Sent to live with his Uncle while his mother grieves, Hercules gets to go on an adventure, full of experiences his dad would never let him do, taking him all over Baltimore and seeing the world in a new light:

REVIEW: Short, sweet, and to a beautiful point.

The book reminded me of Brooklyn, Burning in its contemporary sense. Not every book needs a goal to meet at the end. These two follow that belief. The author captured the mystery and beauty of human relationships and the views of strangers. It almost felt like trying to grasp smoke- it wasn't dramatic but carried a graceful sway to it that is hard to keep.

I feel like Hercules's tragedy of his father was a tool to make the reader connect to him. The rest of the story and Hercules's place was to carry the reader through an adventure that carries risks that most people wouldn't step outside their comfort zone to do. It makes me want to take the list and do it myself!

In the story, Hercules sits by a woman on the train ride to Baltimore. At the end of the train ride, she leaves a Winnie-the-Pooh book behind, and Hercules collects it. They get in contact with each other eventually, and it feels like one of those sappy soulmate-chase type set ups. I was so glad it didn't pull one of those! The book was a good bizarre feeling and that would've killed it!

All in all, a quick read with a new feel! Recommended to Realistic lovers and those who want a change of pace!